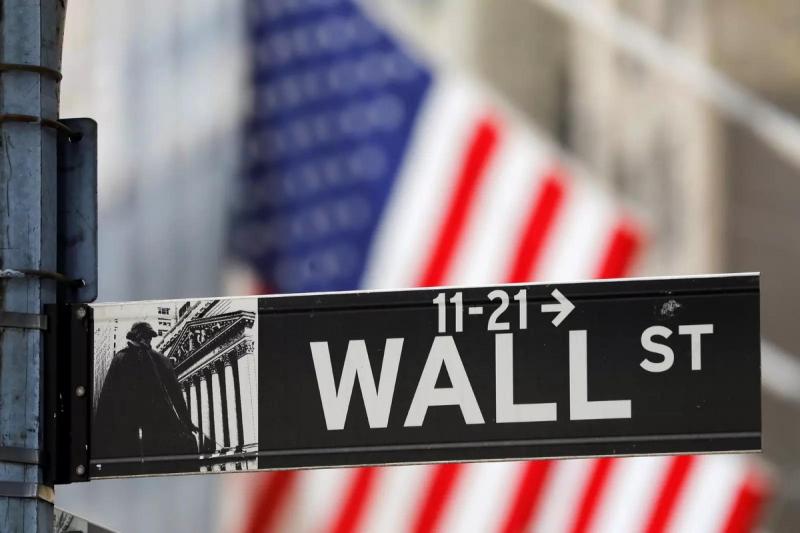 Wall Street has never had a shortage of strong opinions. In a few hours of watching cable news, you are likely to hear financial pundits make dozens of predictions — many of them contradicting each other — about the future of the stock market.

Such talk is entertaining, but taking these prognostications seriously and applying them to your portfolio can be disastrous. Don’t believe us? What follows are 11 predictions that blew up in the pundits’ faces, and burned the investors who listened to them. Don’t damage your own portfolio — learn to safely invest your money instead.

Even though the most devastating stock market crash in American history happened almost a century ago, urban legends of investors leaping out of windows to their deaths still resonate. It all began on Oct. 24, 1929, as the market lost 11% of its value. Just seven days before, the famous economist Irving Fisher offered a prediction.

“Stock prices have reached what looks like a permanently high plateau,” Fisher said. “I do not feel there will be soon if ever a 50 or 60 point break from present levels, such as [bears] have predicted. I expect to see the stock market a good deal higher within a few months.”

Turns out that Fisher was famously — and dramatically — off the mark. “Though Fisher is regarded as one of the giants in investment history, his ability to forecast market activity was less than stellar,” said Robert R. Johnson, professor of finance at the Creighton University Heider College of Business.

2. Ravi Batra Predicting the Great Depression of 1990 That Never Was

As an economist, author and professor at Southern Methodist University in Dallas, Ravi Batra has made a name for himself critiquing capitalism and claiming that it can lead to inequality and political corruption. Batra put himself out on a limb with his 1987 tome “The Great Depression of 1990,” said Johnson.

“While his prediction didn’t come true, his book did reach №1 on The New York Times bestseller list,” Johnson said. “He has the distinction of being awarded the 1993 Ig Nobel Prize — a parody of the Nobel Prize — for his incredibly poor prediction.” That award also “honored” Batra’s sequel, “Surviving the Great Depression of 1990.”

Maybe investment strategist Charles W. Kadlec took Prince’s invitation to “party like it’s 1999” a bit too seriously because that’s the year this mega-bull made an outrageous forecast: The Dow Jones Industrial Average would hit 100,000 by 2020. It’s all there in “Dow 100,000: Fact or Fiction.” Unfortunately, things like the dot-com bubble burst and the Great Recession got in the way.

Where Things Really Are in 2020

The Dow Jones Industrial Average has traded above 29,000 recently, but that’s far short of Kadlec’s prediction for where it would be by now. As one reviewer on Amazon, Michael Emmett Brady, said of the book: “The correct title for Kadlec’s supply-side nonsense is ‘Dow 100,000: Fiction.’”

Someone must’ve slipped something into the irrational exuberance punchbowl in 1999. The year after Kadlec’s call, Washington Post columnist James Glassman and economist Kevin Hassett published the first edition of “Dow 36,000.” That’s a lower target than 100,000, to be sure, as they predicted the Dow Jones Industrial Average would hit 36,000 within a few years. As Publishers Weekly put it, “The only thing missing from this half-time speech of an investment book is an exhortation to buy stocks for the Gipper.”

Why They Made This Bold Prediction

“The [authors’] main argument was that stocks and bonds should be treated as equally risky — and that when the market woke up and realized that, stock prices would soar,” Johnson said. Fast forward to 2020, and the Dow still has a long way to go. Understandably, “this bold call has dogged the authors,” Johnson said.

Singling out the worst financial call of all time is a challenge. “Outrageously erroneous financial predictions are so numerous that selecting the worst is an impossible task,” said Bruce D. Vandegrift, a wealth strategist and vice president of Chemical Bank in Grand Rapids, Michigan. But if you press him, Vandegrift has one no-brainer of a brainless pick.

“In December 1999, [the former] SmartMoney magazine, in its year-end predictions, named a number of dot-com stocks as sure winners for the future, and among their picks was AOL,” he said. It was right before the dot-com bubble burst, and enthusiasm was high on anything high-tech.

What Happened After the Prediction

Then, in 2000, AOL entered into a disastrous merger with Time Warner. “AOL lost more than 70% of its stock value the year after,” Vandegrift said. SmartMoney’s dumb gaffe offers another reminder that tuning out predictions can help you avoid big investing mistakes.

6. Failing To See the Enron Crash Ahead

Many investors got rolled with Enron stock, especially after Fortune magazine voted Enron “America’s Most Innovative Company” for six consecutive years, from 1996 to 2001. Yet that final year, Enron succumbed to the largest corporate scandal and flameout in history. The stock tumbled from $90 a share on Aug. 23, 2000, to 6.2 cents on Dec. 31, 2001 — a span of just 16 months.

How Many Analysts Got It Wrong

As late as September 2001, 16 analysts had buy ratings on Enron, Johnson said. “On Oct. 23, with the stock selling at around $20, Lehman Brothers analyst Richard Gross reiterated that Enron was a strong buy, and ‘the stock should recover sharply.’”

Gross and the other 15 analysts were not alone in giving bad investment advice. Among Wall Street analysts at the time, “there were no sell ratings,” according to Theodore F. Sterling’s book “The Enron Scandal.”

7. Making One of the Worst Google Predictions Ever

In 2004, Whitney Tilson gave bad investment advice that was the stock market equivalent of not just missing the boat, but the aircraft carrier. That year, Tilson predicted Google would be “disappointing” to investors, according to CNBC.

What You Lost If You Took the Advice

Everyone knows what happened to Google after that, but here’s a little context: If you took Tilson’s advice and unloaded your stock three years after its 2004 IPO, you’d have missed out on one of the greatest run-ups in history. Between 2004 and 2013, Google’s stock price skyrocketed by more than 900%.

When it comes to putting his neck on the line — and getting it chopped off a few times too often — Jim Cramer, the host of “Mad Money” on CNBC, arguably leads the pack. On March 11, 2008, Cramer responded to a viewer’s concern over Bear Stearns’ liquidity problem, recalled K.C. Ma, director of the Sarah George Investments Institute at Stetson University in DeLand, Florida.

Here’s Cramer’s advice, word for word: “No! No! No! Bear Stearns is not in trouble. If anything, they’re more likely to be taken over. Don’t move your money from Bear.”

What Really Happened To Bear Stearns

The aftermath was not pretty. “On March 14, Bear Stearns stock fell 92% on news of a Fed bailout and $2-a-share takeover by JPMorgan,” Ma said.

Despite the occasional bad call, Cramer’s net worth is still extensive.

As editor of the Gloom, Boom & Doom Report, Marc Faber is known in Wall Street parlance as a “permabear,” the kind of guy who believes that every silver lining has a cloud. As such, he’s made some wrong calls. On Nov. 8, 2012, Faber went for broke and likely made some investors broke in the process.

On Bloomberg Business, Faber said the market would fall at least 50% after President Barack Obama’s reelection, stating: “Mr. Obama is a disaster for business and a disaster for the United States.”

The Reality of Faber’s Prediction

In the nine months following the interview, the S&P 500 had shot up by 20%. The cautionary lesson: Tuning out the pundits can help you steer clear of big money mistakes.

The same month that Faber “crashed,” Cramer came through once again with bad advice. On Nov. 20, 2012, Cramer urged his “Mad Money” viewers to get out of Hewlett-Packard, based on his dim view of its corporate culture and other perceived issues.

How Things Really Went For Hewlett-Packard

So what happened? In six months, Hewlett-Packard shot up about 100%. “While some bad picks are unavoidable, as anyone attempting to time the market will inevitably make bad trades, some are beyond reproach, and HP was one,” said Leslie Bocskor, president and managing member of Electrum Partners in Las Vegas.

“While there have been many ‘macro’ level calls and predictions regarding the Dow or S&P 500, there have also been some extremely poor predictions for up-and-coming investment sectors,” said Ryan Shuchman, partner at Cornerstone Financial Services in Southfield, Michigan.

Shuchman particularly points out a prediction made by Paul Krugman, a Nobel Prize winner in economics, in 1998: “The growth of the Internet will slow drastically, as the flaw in ‘Metcalfe’s law’ — which states that the number of potential connections in a network is proportional to the square of the number of participants — becomes apparent: most people have nothing to say to each other! By 2005 or so, it will become clear that the Internet’s impact on the economy has been no greater than the fax machine.”

How Internet Stocks Actually Performed From 1998 to 2005

Between 1998, when Krugman predicted the growth of the internet would begin slowing down, to 2005, which he predicted that the internet’s effect on the economy would be nullified, many internet-adjacent stocks had major returns for investors. As Shuchman pointed out, over those years Microsoft provided a 61% return, Oracle provided a 220% return, Intel provided a 46% return, Amazon provided a 912% return and Apple provided a 1,702% return. Hewlett-Packard is one of the only major internet-related stocks that went down in value, from $32.28 at the beginning of 1998 to $28.80 at the end of 2005.