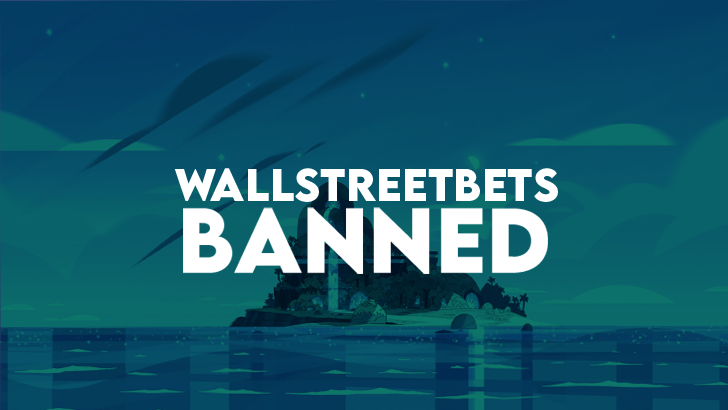 Discord is not going long on r/wallstreetbets.

The group chat service banned the server associated with the wildly popular WallStreetBets subreddit Wednesday, saying the move had nothing to do with the ongoing GameStop stock drama. Rather, according to a company spokesperson, the server was banned for “continuing to allow hateful and discriminatory content after repeated warnings.”

The spokesperson reiterated, via email, that the decision is unrelated to the coordinated r/wallstreetbets effort to beat back GameStop short sellers that has won over the internet.

“The WallStreetBets server has been on our Trust & Safety team’s radar for some time due to occasional content that violates our Community Guidelines, including hate speech, glorifying violence, and spreading misinformation,” wrote the spokesperson. “To be clear, we did not ban this server due to financial fraud related to GameStop or other stocks.”

This is not the first popular server associated with a Reddit subreddit banned by Discord in recent weeks. Earlier this month Discord banned a pro-Trump server that had, at one time, been associated with previously banned subreddit r/The_Donald.

“Over the past few months,” continued the company spokesperson, “we have issued multiple warnings to the [Discord] server admin.”

Meanwhile, on r/wallstreetbets, at least one user, OPINION_IS_UNPOPULAR, speculated that the Discord server had been “hijacked.”

“At this time, we believe someone within Discord has hijacked our server and pointed it to another server not related to us,” reads the post. “The situation is still evolving and we apologize for the outage.”

That opinion, if Discord is to be believed, happens to simply be wrong.