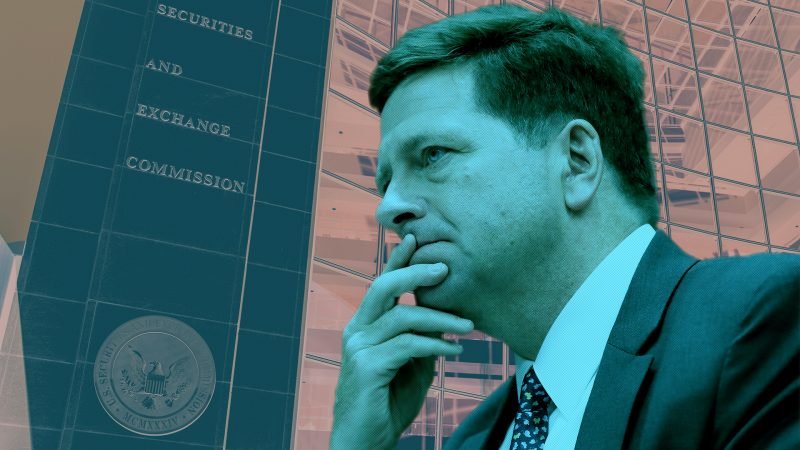 Former US Securities and Exchange Commission Chair Jay Clayton has stated that Bitcoin has not been classified as a security for a long time.

But speaking on CNBC’s Squawk Box on March 31, Clayton warned that its status as a non-security still does not protect it from the imposition of new regulations which, he warned, could be coming soon.

Host Andrew Ross Sorkin pointed out that under Clayton’s watch the SEC did not take a position on Bitcoin regulation. Clayton responded that was because the asset was declared not to be a security before he even took up his position as the head of the regulatory body.

“Bitcoin was decided to be not a security before the time I got to the SEC. Therefore, the SEC’s jurisdiction over Bitcoin was rather indirect.”

Clayton has remained in the industry following his departure from the SEC in December 2020 and currently advises One River Asset Management on cryptocurrencies.

Although he professes not to have any special insights into what new laws are coming from his time heading up the SEC, he believes the regulatory environment is due for a shake up.

“Where digital assets land at the end of the day […] will be driven in part by regulation—both domestic and international—and I expect, and I’m speaking as a citizen now, that regulation will come in this area both directly and indirectly whether it’s through how these are held at banks, security accounts, taxation and the like. We will see this regulatory environment evolve.”

Clayton’s comments come just a week after billionaire hedge fund manager Ray Dalio warned that the U.S. may ban Bitcoin outright just as they did with gold in the 1930s.

His comments about Bitcoin’s status as a non-security are also interesting in light of Ripple’s appeals to the SEC for documents from the agency to determine how exactly it came to the conclusion that Bitcoin and Ethereum were not securities.

The company and its backers have repeatedly argued that XRP is not a security however the SEC believes it is markedly different due to being more centralized. Former SEC attorney Marc Powers says that the agency is executing significant overreach in its case against Ripple and its executives.