Here’s Why You Should Avoid Crypto.Com — Ponzi Scheme. 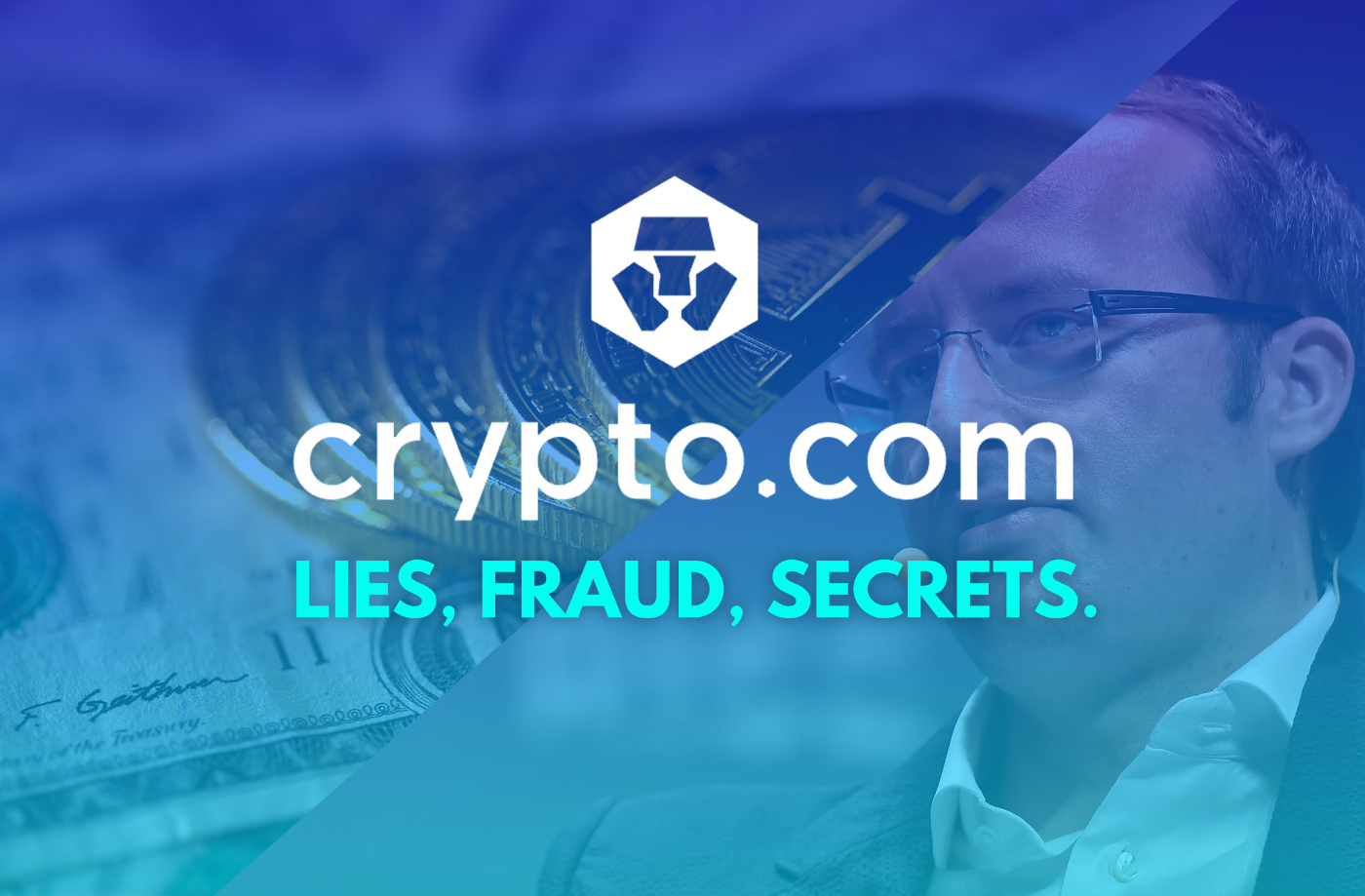 Crypto.com is a cryptocurrency exchange app that was founded in China in 2016. The company offers services to over 10 million users around the world, and has over 3000 employees. They’ve made global headlines after several massive sponsorship deals over the last few years. This includes partnerships with Formula One, the Serie A, the UFC, Paris Saint-Germain F.C., the Philadelphia 76ers, the Montreal Canadiens, and Water.org.

The Water.org partnership included signing its co-founder, the actor Matt Damon, to serve as Crypto.com’s brand ambassador. In 2021, the company also purchased the naming rights to the Staples Center in Los Angeles, paying a reported $700 million to change the name to Crypto.com Arena.

You may also be familiar with Enron, when is famous for its massive corporate fraud scandal in the 90s. One thing this Crypto.com Arena Buy-Out reminds me of is when Enron did their branding glut and bought the Enron Field Stadium. Two years after, Enron went bankrupt.

While Crypto.com does a relatively effective job at blending in with legitimate cryptocurrency companies, their entire business model is flawed and based on marketing rather than utility, sustainability, or value.

Who is Kris Marszalek?

Kris Marszalek is a self-described lifelong company builder, who started several firms before finally getting into the crypto industry with the company that eventually became Crypto.com. He is also known for developing Beecrazy, a major e-commerce platform that was bought by iBuy Group Limited back in 2013.

He also infamously served as the CEO of Ensogo, which is an online discount retailer from Southeast Asia, plagued with multiple fraud scandals before mysteriously shutting down forever.

In his youth, Marszalek was described as “consistently an incredible student,” who was always interested in innovation. However, he is also privacy-oriented, and there is not a lot of information about his life before becoming the founder of his current and past companies.

What is known, however, is that he came to crypto as a relatively new player, founded his company, rebranded it in 2018, and saw it explode in popularity in 2020. From that point on, he made a number of moves, all of which ended up being quite good for the company and its reputation from the crypto industry, including the announcement of a series of integrations, including Ledger, Travala.com, and Ecwid.

He even managed to win 9th place on Cointelegraph’s Top 100, and Ledger’s CEO, Pascal Gauthier, said that Marszalek is quite deserving of this spot.

Despite Marszalek’s relatively positive reputation in the crypto community, he does have shady past that many aren’t aware of. In addition, I strongly believe this company is ran by criminals that only want to steal peoples funds.

Despite his exchange’s success, however, Marszalek has been involved in some controversial events prior to entering the crypto industry. Specifically, he resigned from his last job in 2016, leaving behind customers and business partners who claimed they were ripped off.

The incident in question concerns his previous, Australia-based publicly-traded discount firm called Ensogo. Ensogo offered online deals similar to another well-known company called Groupon. However, it suddenly ended its operations in Southeast Asia in June 2016, which is right around the time when Marszalek decided to leave.

A report from a local newspaper The Standard, published only a day after Marszalek departed from Ensogo, stated that the platform’s buyers and sellers were caught by surprise, as nobody expected the platform to suddenly stop its operations in the region. In fact, many were supposedly left with hundreds of thousands of dollars in losses, and it wasn’t long before the word “fraud” ended up being included.

Monaco Scam: All talk, no product.

Monaco introduced itself to the cryptocurrency sphere in May 2017.

Less than a day after its initial introduction, it offered its tokens for sale, eventually amassing well over $20 million from investors in the cryptocurrency space on the premise that ‘Monaco’ (MCO) would be able to manifest and distribute a physical ‘credit card’ that would enable users to use cryptocurrency to spend funds at various vendors.

As you may have guessed by this point, Kris Marszalek and his team never delivered those credit cards as they had originally promised.

As numerous frustrated investors made clear on the ‘ANN’ thread that was crafted for Monaco — not only did the team fail to deliver on its original promise, there was also no accounting or accountability for the $26 million that they had received from their ICO.

Shortly after, the company rebranded to Crypto.com, and tried to ignore this massive failure. They essentially faked partnerships with big firms like Visa, and used deceptive tactics to lure in investors. A total sham.

Just a few days ago, it was discovered that at least $15 million worth of Ethereum was stolen. The hack is the latest in a series of security branches that have affected cryptocurrency exchanges and it further damages confidence in the nascent cryptocurrency sphere.

The issues came to light when users began reporting that their funds were missing, even those with two factor authorization enabled. Crypto.com tweeted that it was pausing withdrawals after it received complaints from users.

These issues led PeckShield, a blockchain security firm to look at the blockchain data. It discovered that at least 4600 Eth is being laundered through Tornado Cash, which is an Ethereum privacy protocol that breaks the link between source and destination addresses.

Don’t ignore the red flags. This company is a total sham, and so are the people running it. I started writing this article before the recent “hack” aka exit scam took place, but I’m not surprised at all after reading it.

One reason why so many fraudsters prefer cryptocurrencies is because of how naïve the community can be. The chances of this being a real hack are slim to nothing.

This is a common tactic that scammers use in order to escape with people’s funds. They just blame it on a hack, and then say “all funds are SAFU”

In reality, your funds aren’t safe. Holding it on centralized exchanges means they own all your keys, and can do whatever they want with it.

If you’re reading this and have funds on crypto.com, or another centralized exchange such as Binance, it’s advisable that you take it off before its too late.